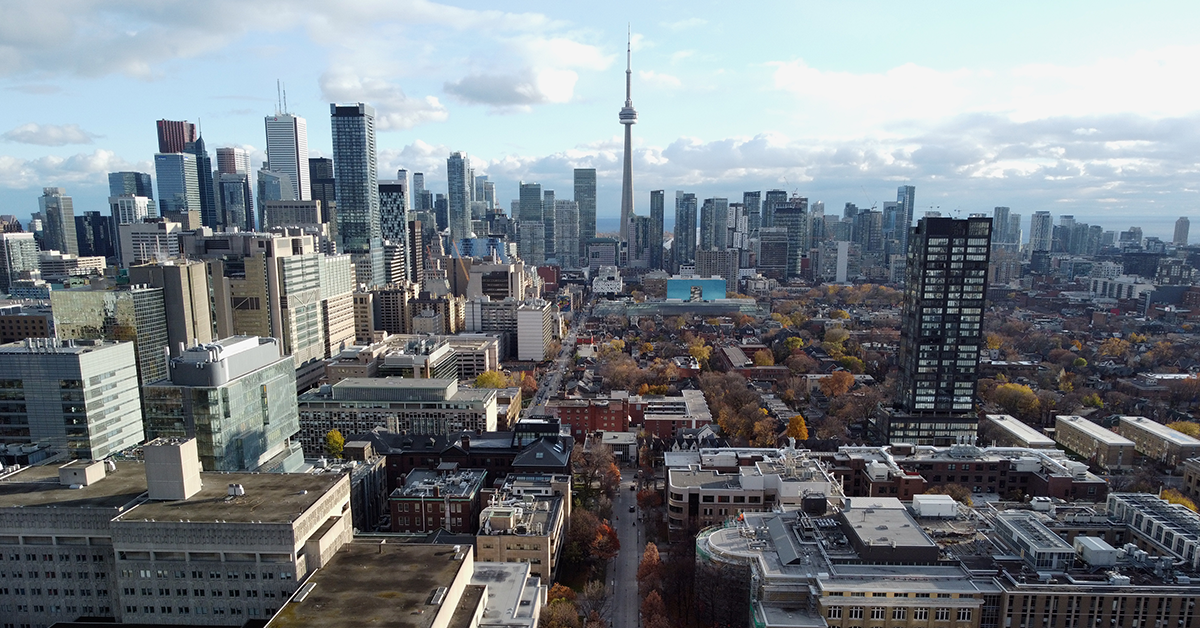 The current landscape is a stark contrast to the optimism around Canada’s burgeoning tech sector we saw earlier this spring: In March, the New York Times called Toronto the “booming” tech town. Now, it seems like nearly every week, one tech company after another follows a similar, and sometimes ominous, playbook: Executives see choppy waters ahead and, as a result, have to change course by rethinking their growth plans, reducing headcount or slowing down hiring. But even with a gloomy economic outlook, some business leaders are hopeful that Canada’s tech sector will get back on track so long as executives play it smart.

“The signal that everyone is sending is we have to be cautious with every dollar, and every dollar needs to be well-invested,” says Kim Furlong, CEO of Canadian Venture Capital and Private Equity Association, or CVCA. After Canadian VC investments reached $4.5 billion in the first few months of 2022, the second-highest level on record, the CVCA anticipates a slowdown this year. VC funding in Canadian companies has already dropped to less than half its value in the second quarter compared to the previous year. Investments in Toronto-based companies alone have dropped 69 per cent between the first and second quarters of 2022.

How did the tech sector get here?

To understand how we got here, we need to rewind to 2020: Central banks worldwide cut interest rates to near-zero levels, pumped billions of dollars into economies and bought longer-term government bonds to encourage spending. With interest rates so low and borrowing so cheap, investors began making bigger and riskier bets on buzzy tech companies and start-ups based on their projected valuations—knowing full well that it may be years before these companies even turned a profit.

Tech companies and VC firms were some of the biggest beneficiaries of rock-bottom interest rates. Canadian firms raised $4.3 billion across 513 deals in 2020. In 2021, still taking advantage of low borrowing costs, Canadian VC investment totalled an all-time high of $14.2 billion across a staggering 751 deals. Some of the year’s most notable deals include Wealthsimple’s $750-million financing round, Trulioo’s $476-million round and edtech company ApplyBoard’s $375-million in financing—the same companies that have now either laid off workers or are slowing down on hiring.

But now, central banks are swinging in the opposite direction. On July 13, the Bank of Canada, or BoC, raised its overnight rate by a whole percentage point to 2.5 per cent to control rising inflation. (It’s the Bank’s single-largest rate hike since 1998.) Rising interest rates can impact all businesses, but tech companies more acutely, according to Bilal Khan, who leads cloud-software company Snowflake’s Canadian operations. Coming out of an environment where companies could raise a significant amount of capital, rising interest rates compress their valuations, making it harder for them to fundraise in the future. And that, according to Khan, can hinder tech companies that depend on significant capital fundraising to grow.

Some people have compared what’s happening now in the tech market to the dot-com bubble in the 1990s. At the time, investors flooded internet-related tech companies with massive capital and attention. The subsequent dot-com bubble crash in 2000 was fuelled by companies with shaky business models or ones that didn’t have a concrete path to profitability.

But what’s happening today is different, says Anthony Mouchantaf, director of venture capital at RBCx, a division of RBC. The downturn is not driven by investors who have speculated on a shiny new innovation. “It’s really a manufactured recession—a macroeconomic correction that was bound to happen at some point and one that some companies will be able to cope with.”

Mouchantaf says that the pain from the downturn won’t be evenly distributed across Canadian companies. Start-ups that grew very quickly during the pandemic and relied on VC funding to hire or expand might have to slow down. Meanwhile, the companies with strong revenue growth and ones that spend their money efficiently will be less impacted.

What does this mean for the future of Canada’s tech scene?

Furlong says executives at companies do see clouds on the horizon. For workers in the tech sector, hiring freezes, job cuts and rescinded offers spark worries about job security, especially as fears of a recession begins to take hold.

Despite the current landscape, if you look around Toronto’s downtown core, you’ll catch a glimpse of the potential of Canada’s tech sector. Since the pandemic, Amazon built an eight-floor office across the street from Scotiabank Arena, IBM a three-floor office on York Street and Microsoft Canada a four-floor office near Union Station. More tech companies have called dibs on Toronto for office spaces. Last year, Dublin-based fintech Stripe and streaming giant Netflix said they would build their first Canadian headquarters in the city. This year, Meta announced it would build an engineering hub in Toronto and Snowflake said it would make the city home to its Canadian headquarters.

“I think Canadian companies and talent are world-class”

Our economic outlook could change depending on how stubborn inflation proves to be and how aggressive central bankers around the world need to be to rein it in. In the worst-case scenario, Mouchantaf thinks there could be downward pressure on wages and more job vacancies in the tech sector than usual.

But Mouchantaf is optimistic that workers who have been recently laid off will find new roles. It’s a testament to how tight Canada’s job market is now—the country’s unemployment rate hit its lowest level on record in June. Some tech workers who lost their jobs might flock to other tech companies. Snowflake and Meta are among the ones committed to continuing hiring in Canada in the coming years.

Meanwhile, Khan is confident that Canada’s tech sector will come out on the other side stronger than before. Despite the short-term implications of rising interest rates and high inflation, Khan believes Canada’s tech sector has the right ingredients for long-term growth: Some of the best academic institutions in the world, immigration policies that are friendlier to job seekers than those of the U.S. and a robust talent pool.

With more than 289,000 tech workers in 2021, Toronto is home to the largest talent market in Canada and one of the largest in North America. According to data from commercial real estate firm CRBE, which looked at tech talent market sizes across North American cities, Toronto is catching up to New York City and the San Francisco Bay Area. There’s also a high concentration of tech workers in other Canadian cities, including Calgary, Ottawa, Vancouver and Montreal.

“I think Canadian companies and talent are world-class,” says Khan. “I’m extremely bullish on the future of Canadian technology companies and I’m excited about the prospect of global companies seeing Canada as a major hub for their continued growth.”