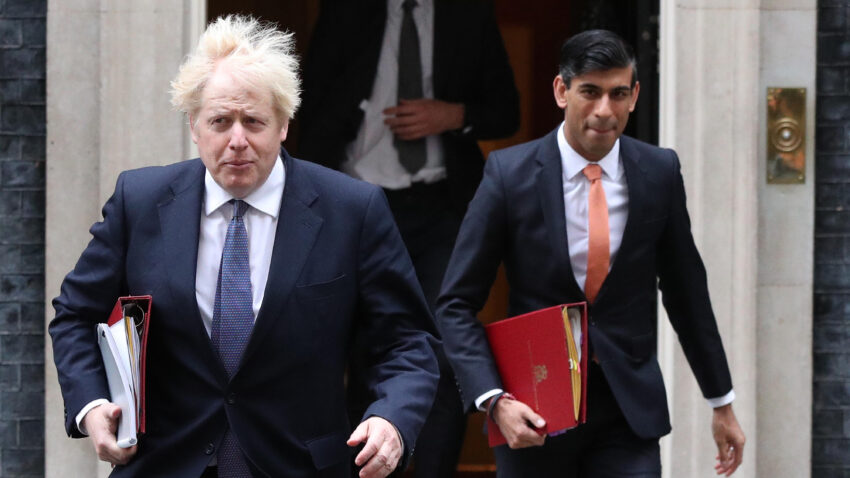 Boris Johnson has said he will look at introducing a windfall tax on oil and gas companies but believes they are not the “right way forward”.

Rishi Sunak, the chancellor, is threatening to implement a windfall tax amid concerns that energy companies are not investing enough in the UK.

Bernard Looney, the chief executive of BP, has said that his company will not change its investment plans even if the government imposes a windfall tax. BP announced a £5 billion profit in the first quarter of this year, while Shell made £7.3 billion. Asked about Looney’s comments, Johnson told LBC: “Well, you know, then we’ll have to look it.”

He repeatedly refused to rule out implementing a windfall tax but made clear he was opposed to the principle. “I don’t like them … I don’t think they’re the right way forward. I want those companies to make big, big investments,” he said. “The disadvantage with those sorts of taxes is that they deter investment in the very things that we … they need to be investing in new technology, in new energy supply.

“What I’m saying is I want them to make those investments. That’s the most important thing. They’ve got to be making investments in new energy supply for our country.”

Johnson will urge cabinet members today to “bring the benefits of the Queen’s Speech to life” as they meet for an away day in Stoke-on-Trent, Staffordshire. Downing Street said that ministers would discuss how the new legislation would bolster the economy, improve living standards and increase opportunities across the country.

Johnson suggested that the government would be coming forward with more assistance for hard-pressed families in July. His office was forced to deny that ministers were preparing an emergency budget to deal with the cost-of-living crisis after he suggested in the Queen’s Speech debate on Tuesday that there would be more help in the days to come.

However, in his LBC interview, Johnson indicated that there would be additional support over the summer rather than waiting for the budget in the autumn to act.

“There is more coming down the track. July and so on,” he said. “But what we will do is use all the ingenuity and compassion that we have and the fiscal firepower that we have as a result of the strong economic growth we had coming out of the pandemic. Our growth will return very strongly in the next couple of years.”

His comments followed the first meeting this week of the government’s cost-of-living committee, where he instructed ministers to come forward with proposals to ease pressure on household budgets.

Robert Halfon, a senior Tory MP, joined calls for a windfall tax to respond to the “massive” pain of rising prices.

He told the i: “I had a Tory MP – I’m not going to name them – say to me in the [Commons] tea room, ‘Oh you always go on about this’ as if it’s not a big issue. It’s huge. And I think that actually there’s more anger about that than the partygate stuff.”

However, Scottish Tories are resolutely opposed to the idea, which they say would cost jobs.