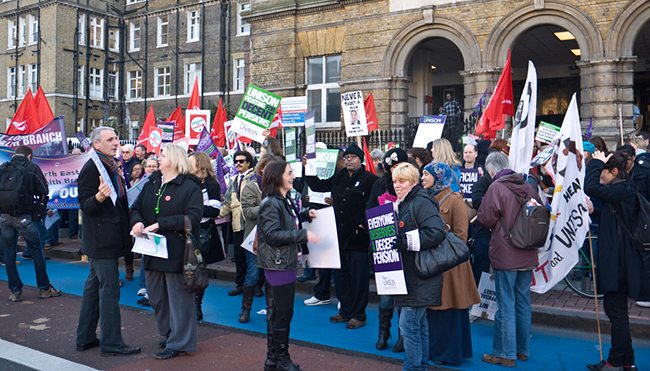 Train drivers at nine rail companies will strike on 13 August in a dispute over pay, the union Aslef has said.

Aslef members at seven companies were already set to walk out on 30 July and drivers at two more firms have now voted for industrial action, the union said.

It said strikes were a “last resort” but the rising cost of living meant workers had faced a real terms pay cut.

Passengers have faced disruption on Wednesday due to another rail strike.

Around 40,000 RMT union members at Network Rail and 14 other train companies walked out over pay, job cuts and changes to terms and conditions.

It meant only one in five services were expected to run, with some places including Blackpool, Portsmouth and Bournemouth having no trains at all.

Mick Whelan, general secretary of Aslef, said the union did not want to inconvenience passengers “but we’ve been forced into this position by the companies, who say they have been driven to this by the Tory government”.

“With inflation running at north of 10% that means those drivers have had a real terms pay cut over the last three years,” he said.

However, the Rail Delivery Group, which represents train companies, said Aslef’s announcement showed a “cynical approach to talks, a total disregard for passengers and is putting everyone’s summer plans at risk”.

“This action will bring the total number of strike days on the railway to ten, disrupting plans in June, July and August,” a statement said.

“Like any public service we have to change with the times. Now is not the time for further strikes, so we urge the Aslef leadership to resume talks to reach a deal that is fair to staff and taxpayers.”

Which train companies are affected?

Train drivers at nine rail companies will strike on 13 August: