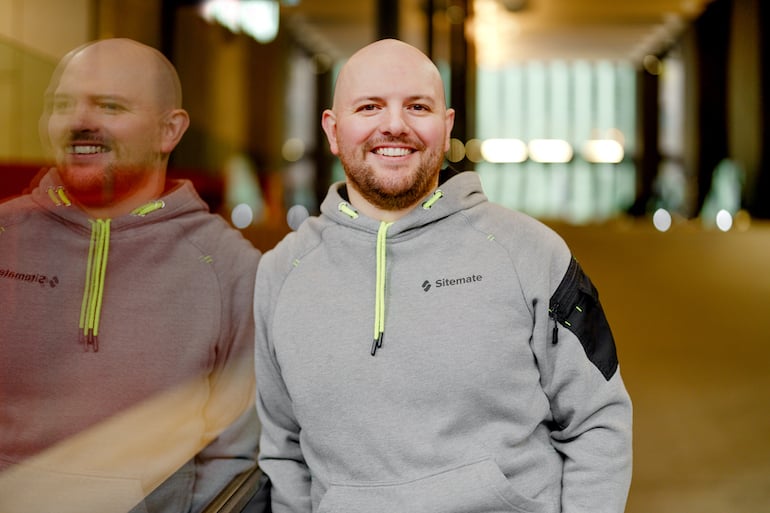 Sydney startup Sitemate has raised $5.2 million for its no code software tools for companies in the construction sector.

The round was led by Blackbird, with participation from existing investors Shearwater Capital and angels including local tech founders Tim Doyle of Eucalyptus  and Rory San Miguel of Propeller.

Coincidentally, Blackbird general partner Nick Crocker was running the Startmate program back in 2017 when Sitemate, then known as Construction Cloud, joined the program and was considered the least likely to survive.

Now Blackbird principal Tom Humphrey, who has joined the board, compares Sitemate to Atlassian, believing its path forward is closer to Sydney software giant rather than proptech firm Aconex.

“It is a product-led company bringing real-time collaboration and a seamless product experience to the hundreds of millions of workers who wear hardhats and steel capped work boots – just like Atlassian did for software developers and software companies,” he said.

No code tools such as Canva, Jira, Trello and Slack are part of the trend, enabling companies to design and implement streamlined digital processes with relative ease and very little cost.

Sitemate co-founder and CEO Hartley Pike, an engineer by training and experienced in the construction sector, said the product is designed to digitise “Built World” companies, which he defines defined as companies operating in any of the heavy industries including construction, oil and gas, mining, manufacturing, energy, power, utilities, transport, agriculture and facilities management.

They often still rely on paper forms, physical folders and clunky legacy softwares to document, track and manage work, he said, recalling how during his time in the sector, he’d spend half a day every week collating paperwork, and then the second half of the day distributing it.

“There’s an unfair assumption that the Built World industries have an ‘old school’ workforce or have been uniquely resistant to change, when in fact the softwares designed for them simply haven’t been good enough or easy enough to use,” he said.

“Unlike many white collar industries who have had access to no code tooling and paperless processes for years, the vast majority of the companies we work with were still doing their work manually. These companies have now been able to easily digitise and streamline their end-to-end processes via our flagship product, the Dashpivot Systems Cloud.”

Dashpivot Systems Cloud is part digital database in the office and part on-the-job app, enabling companies to easily choose, create and customise any number of digital processes and complex workflows which can be touched by a number of different project parties and stakeholders – resulting in time and cost savings, improved compliance, and better outcomes for all parties.

Shearwater Capital Managing Partner, Zac Zavos, first invested in Sitemate in 2019 and has increased their investment in this round.

“The Sitemate team deeply understand the problem they are solving and have shown a consistent ability to grow their customer base through down and up cycles,” he said.

Sitemate now has a global customer base, with operations in Sydney and London, and a North American office planned for later this year.