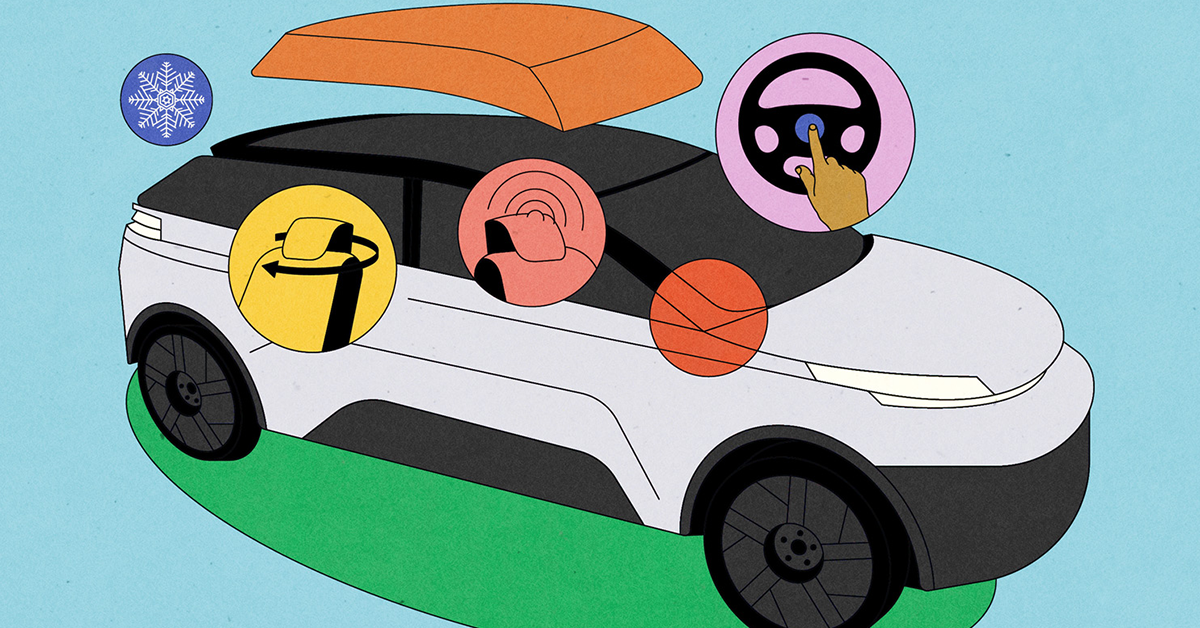 The way we drive is changing. As more Canadians gravitate towards electric vehicles, the Automotive Parts Manufacturers’ Association, or APMA, is envisioning a zero-emissions future with Project Arrow, its all-Canadian concept EV.

The design of the car came from a national competition. In 2020, the APMA selected the winning Project Arrow concept from a team at Carleton University’s School of Industrial Design in Ottawa. Now that the design is complete, the project is onto its engineering and build phase. The vehicle will be released to the public in 2023.

Colin Singh Dhillon is the chief technical officer of the APMA, and the driving force behind the project. We spoke to him about Project Arrow, Canadian innovation and the future of driving.

You’ve spent more than two decades in the auto industry. How did your fascination with cars start?

I did a project when I was at university in the U.K. We were asked to change an existing product. I had a pet peeve with the way exhaust mufflers looked in the ’80s. They typically sank just below the rear bumper—so here was this beautiful sculpture and just below it was this awkward-looking metal device. My design solution was to wrap the bumper around the exhaust and create an encasement. That was in 1991. It took about 10 years, but now it’s a standard feature. To me, a vehicle is a problem solving device: How do we get from A to B faster, warmer and more comfortably?

It’s unusual for a trade organization like APMA to design and build a car like this. How did it come about?

In December 2019, we were talking about the challenges for the next generation of parts makers. Along the way, we thought: Why don’t we, as a trade association, build our own vehicle? Project Arrow is a Canadian demonstration vehicle showcasing the best of Canada—we have parts makers from B.C., Quebec, Nova Scotia, Newfoundland and Ontario involved in this project. The goal is to spotlight the technology potential that exists here, whether it’s around body structure, chassis, power train or connected autonomous technology.

We’re in the middle of a huge shift in mobility. What’s it like to be working in this space right now?

The town where I was born, Tipton, England, is the birthplace of the first steam engine. Ever since it was introduced, we have been mechanically disrupting. We’re going through a huge moment of disruption now. It’s exciting. I’m working six or seven days a week as the lead on Project Arrow, and none of those days feel like work.

The name Project Arrow is a reference to the Avro Arrow, the supersonic jet designed and built in the 1950s by Canadian talent. It was meant to establish Canada as a world leader in aerospace, but the program was cancelled by Diefenbaker. Why did you choose that name?

The Avro Arrow was an innovation debacle where we dropped the ball. Whichever conspiracy theory you want to believe, one thing is for sure: A number of the Canadians who left Avro joined the U.S. space mission and put people on the moon. Today, we have future world leaders in technology at our academic institutions, and we have to make sure that we create value for innovation in Canada. So we called it Project Arrow because we are not going to drop the ball this time.

Your team members are impressive. Ralph Gilles is the design chief at Stellantis and Fraser Dunn designed a James Bond car. What have you gained from those perspectives?

Ralph, full disclosure, is a good friend. He’s a huge success story globally, and we should all take credit for it because he grew up in Montreal. Fraser Dunn, our consultant chief engineer, has 19 years of experience and built special vehicle projects for Aston Martin. One thing we don’t fear as a team is the calculated risk of innovating. When the vehicle is complete at the end of 2022, you’ll see a lot of really cool things on it.

Tell me more about those features.

From a technology standpoint, there is VAAC, which stands for “Vehicle as a Caregiver.” That means if a vehicle is autonomous, how do we make sure passengers are being taken care of ? For example, we looked at innovative facial recognition and embedding biometric sensors into the vehicle.

It can be hard and expensive to make electric vehicles. How does that define where this project goes?

Arrow is a government-funded project to help show the best of Canada’s capabilities. At no point did we think it would be competing with the likes of Tesla. What we do hope is that it will generate a gap analysis and identify a supply chain. We can bring attention to a chain of hundreds of Canadian suppliers who could provide support for global automakers. Project Arrow is the gift that keeps giving back.