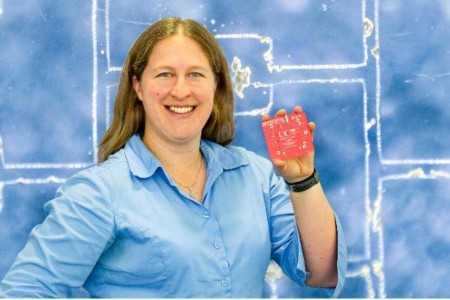 Research teams from the universities of Canterbury and Auckland will be part of experiments on future International Space Station (ISS) missions with Houston-based Axiom Space.

The local researchers, led by Dr Sarah Kessans at Canterbury and Dr Brian Russell at Auckland, will conduct experiments in manufacturing and biotechnology in microgravity, Axiom president and chief executive Michael Suffredini said in a statement.

The agreement was signed by Axiom and David Cossar, head of the New Zealand Space Agency, which is part of MBIE. Cossar said each project had gained US$90,000 in funding.

The researchers would be involved matters such as drug and vaccine development, along with an artificial intelligence system meant to simplify clinical decision-making, the statement said.

“Initiating development to help manage astronaut health, the tool could help health professionals assess health risks and treatment planning when they are very remote from patient locations, such as those in space or in Antarctica,” it explained.

In 2019, Kessans, a lecturer in Canterbury’s school of product design, received $200,000 in National Science Challenge seed funding to develop a space biology laboratory to work toward growing microorganisms in free flying satellites. This was followed by further funding as part of MBIE’s Catalyst: Strategic Space 2019 fund.

“My passion is synthetic biology – I want to develop organisms both for Earth but also off the Earth as well for food and fuel and pharmaceuticals. I want to be able to grow microorganisms in space that are optimised for doing these things” she said in a university profile of her work.

Axiom was founded in 2016 and ran the first ever private research mission on the ISS earlier this year. Called Ax-1, the mission flew three paying space tourists and a retired NASA astronaut to the ISS on a SpaceX Crew Dragon spacecraft.

The agreement is the latest development in New Zealand’s burgeoning space industry. It is already working closely with NASA through Rocket Lab, which was due to launch another Electron rocket this week carrying a secret spy satellite for the US National Reconnaissance Office. The first was launched on July 13.

Last year, New Zealand became the 11th country to sign the Artemis Accords, a set of international agreements governing future lunar exploration under NASA’s leadership. This includes the establishment of space station on the surface of the Moon.

The statement noted Axiom had also signed agreements with Italy, Hungary and the United Arab Emirates as part of its “commitment to provide the international community with access to harness microgravity to advance scientific research, innovative technologies, on-orbit manufacturing, and space exploration.”

It has plans to create new structures to attach to the ISS. When it is decommissioned (which is expected to happen in the early 2030s), these structures will collectively detach into the first permanent commercial replacement.