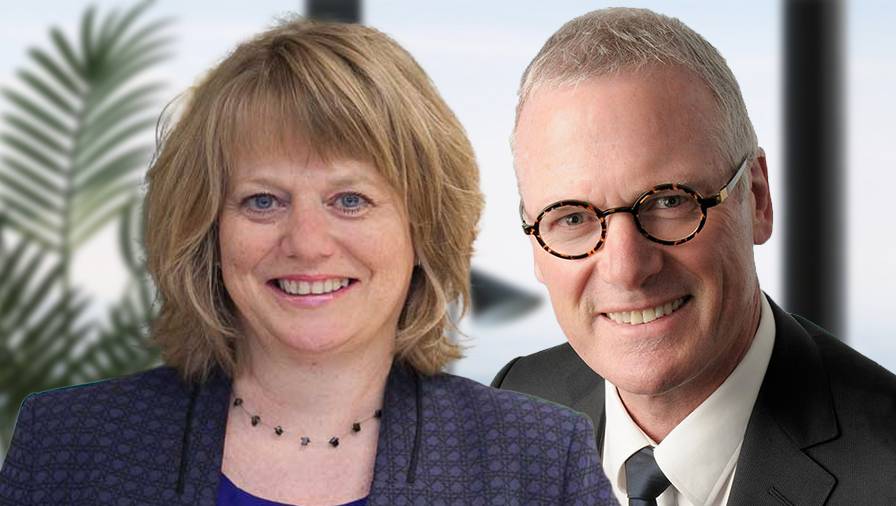 Pharmac, our monopolistic drug-buying agency, is yet to speak to the media about the much-awaited independent Review in June, that looked into its performance.

The review was released by Minister Andrew Little and while he spoke to its findings at the time including some of the key criticisms relating to governance. Pharmac’s CEO, Sarah Fitt and its chair, Steve Maharey declined to be interviewed.

It’s Pharmac’s default position. If Pharmac was a horse, you couldn’t get it to the water, let alone make it drink.

This embedded, obstructive behaviour is deeply frustrating for the many journalists who try, and fail, to bust down Pharmac’s iron walls. For some time, I have questioned why these senior leaders make decisions on whether kiwis will live or die, but they are not required to front the media.

No comment. No accountability. No sense of responsibility. And possibly worst of all is that no-one appears to lose sleep at Pharmac over these failings; New Zealand sits at the bottom of the OECD for access to medicines, and we have a litany of untimely cancer deaths, untreated cancer, chronic disease and rare disorders. Still, no comment.

Pharmac’s CEO, Sarah Fitt and its chair, Steve Maharey declined to be interviewed.

Since its inception in the 1990s, Pharmac has answered to no-one. It’s what nearly 30 years of isolation does to an organisation which has no measurable objectives and is not required to meet performance targets or achieve established health outcomes.

There is no Medicines Strategy to guide Pharmac. It isn’t aligned with the Ministry of Health. There is no framework or KPIs to measure its performance against. It focuses on accessing the occasional cheap drug – emphasis on occasional – and it stays in its bubble.

It doesn’t seek a patient or consumer view, nor has anyone within its governance model believed it important to engage with the many advocacy groups who crave a voice at the table. Journalists might receive a written statement from time to time, but a live interview is as rare as a Hector’s dolphin.

In the new HealthNZ model, Pharmac still sits outside. On its own. In a silo. No Health Minister, with the exception of former United Future MP Peter Dunne, has seen the lunacy of an organisation that not only controls the purse strings for drugs, but also decides what to fund without any external guidance. Pharmac has several impotent committees, but ultimately, its senior leaders make the final call.

Last month, Radio New Zealand reported that Pharmac had failed to find a way to access cheaper medical devices. For 10 years, Pharmac has been working on improving access to medical equipment like continuous glucose monitors for, at the very least, infants with Type 1 diabetes. Pharmac has been funded to do this work and, at times, has allocated a 20-strong human resource.

Today, continuous glucose monitors remain unfunded, and so does the Epi-Pen. It prevents life-threatening anaphylaxis in children. It has been on Pharmac’s waiting list for over 16 years.

The Pharmac Review said the organisation was “ill-placed” to coordinate the extremely complex medical devices supply chain, but the function still sits with Pharmac today. As does the funding. Nothing has changed. No comment. No accountability.

An EpiPen is an auto-injector device that has a pre-filled syringe fitted with a needle and contains a single dose of adrenaline.

The importance of accountability

This week, in my capacity with The Medicine Gap, a storytelling project that highlights the impact of unfunded medicines on New Zealanders, I was challenged by a patient who said the media wasn’t working hard enough to advocate for Kiwis who need access to modern medicines. I prickled. Actually, some of us are working really bloody hard. Are we getting anywhere in terms of accountability? No. Right now, I’ve probably got a better chance of holding Putin to account but, like Putin, I won’t admit defeat.

Last week, Jack Tame expertly revealed why it’s important for politicians and public servants to provide opportunities to be held to account. In Sunday’s Q&A interview on TV One, Tame spent 20 minutes challenging the Prime Minister on a number of issues. Her responses were telling.

Tame questioned the Government’s performance on housing, child poverty and homelessness, and Jacinda Ardern responded with nothing of any substance. In response to the Government’s failings, she said that she would never not be “aspirational”.

Ardern was also pushed on the issue of mask usage in schools. Tame accused Ardern of an “abdication of leadership” by leaving it up to principals to decide. Ardern “utterly rejected” the premise of that suggestion. Again, long-form television interviews are particularly revealing.

However, what I found most remarkable was what Tame revealed at the start of the interview. He said the Prime Minister’s office had granted Q&A two interviews this year. Two. And, despite what would have been many requests, the Q&A team had been forced to wait until July 31st to be granted their first interview of 2022.

This is important because, along with The Nation on TV3, Q&A provides a revealing long-form platform that allows a journalist to continually challenge the Prime Minister. There is no escape. I can’t recall a time when a Prime Minister has issued a directive around the number of annual appearances. It is political ‘command and control’ at its worst.

If the media can’t get access to politicians and public servants, it is very, very difficult to challenge them. There is a lot of criticism levelled at the media today – some of it is warranted – but every week journalists are pushed away or offered a written statement in place of a live interview. It makes investigative journalism very, very challenging.

And while I’ve used Pharmac as an example, it is not alone. Inland Revenue has recklessly sent millions of dollars of taxpayer money to ineligible migrants and kiwis. The IRD Commissioner, Peter Mersi, should front the media. Will he? No. Instead, Inland Revenue has been issuing written statements quoting a “spokesperson’. The Commissioner earns somewhere in the vicinity of $700k but he will not be held publicly accountable for the errors his department has made, not the poor advice his Ministry has provided to Government.

The media needs to come up with a plan before the next election, because no one wins in the status quo.

Rachel Smalley is the 5am-6.30am host of First Light on Today FM.