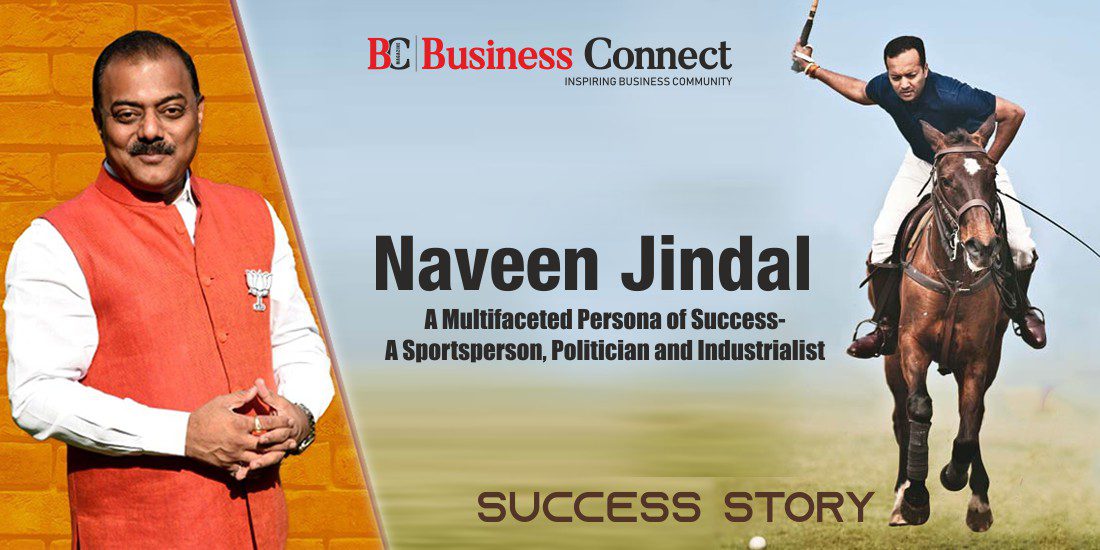 Naveen Jindal: A Multifaceted Persona of Success- A Sportsperson, Politician, and Industrialist

Indian billionaire industrialist Naveen Jindal is a consummate politician, marksman, horse whisperer and patriot. Currently, he is the chairman of Jindal Steel and Power Ltd and Chancellor of O.P. Jindal Global University. His multifaceted persona has paved the way to huge success. He was included in the World Economic Forum as one of the top 25 Indians in its list of 250 global leaders in 2006.

On March 9, 1970, Naveen Jindal was born in Hisar, Haryana. He is the youngest child of Smt. Savitri Jindal and the late industrialist-philanthropist-politician Shri Om Prakash Jindal, a former minister in the Haryana government in India. Smt. Savitri Jindal served in the government’s cabinet from 2004 to 2014. Jindal completed his education at Campus School, CCS HAU, and DPS Mathura Road before earning a degree in commerce from Hans Raj College at Delhi University in 1990. He got his MBA from the University of Texas in Dallas in 1992.

His father was born into an agricultural family in Haryana’s Hisar area and went on to build the O.P. Jindal Group, a steel and power empire. O.P. Jindal was elected to the Haryana Legislative Assembly three times, in 1991, 2000, and 2005, and he was elected to the Lok Sabha from Haryana’s Kurukshetra seat in 1996. O.P Jindal was the Haryana government’s Power Minister until he died in a helicopter crash on March 31, 2005, at the age of 74.

Naveen’s father studied only upto high school and would sell steel pipes in Hisar, Haryana. He set up this steel to power group under his name. Even though there was no sudden break in the relationship, his father divided the group among his sons in 1998 when he was still highly engaged. The father appointed Naveen the manager of the group’s struggling Raigarh factory in Chhattisgarh when he returned in 1992 after earning an MBA from the University of Texas.

It was a successful experiment. Numerous manufacturing and raw material-related issues plagued the plant. Naveen succeeded in convincing his father to spend money on modern tools and technologies. He acquired access to raw resources like coal and iron ore when his rivals were concentrating on increasing their industrial capabilities. Since then, he has continued to emphasise on raw materials.

Raigarh plant now has grown into JSPL and has iron ore and coal mines in east India which gives fuel to steel and power plants in Chhattisgarh and Jharkhand. In 2007, the company won the rights to iron ore mines in Bolivia that have reserves of 20 billion tonnes.

Early on, Jindal experimented with politics. He was heavily involved in student activities and later rose to the position of president of the University of Texas student union. Jindal returned to India and helped his father in politics after completing his post-graduate studies in the US. He ran for office in 2004 under the Indian National Congress banner from the Kurukshetra constituency in the northern Indian state of Haryana. By a margin of 130,000 votes, he beat Abhay Singh Chautala, his closest challenger.

In the general elections of 2009, he won re-election. As an MP, he has focused on issues like corruption, population growth, women’s emancipation, the environment, health care, and education. In order to create a comprehensive Food and Nutrition Security Scheme, Jindal introduced a private member bill in the Lok Sabha, which served as the foundation for the Food Security Act.

He was elected to the Lok Sabha from Kurukshetra in 2014, however he was defeated. Moreover, Jindal’s persistent efforts and sustained dedication to the cause were what won Indian residents the right to display the national flag every day. The Supreme Court of India found in Jindal’s petition that every Indian has the freedom to fly the tricolour in a historic decision in 2004.

On the question if he is a hands-off CEO, he says that some people whom he trusts a lot, he let them do things. But nowhere he is a spectator. He likes to play. Further he says that you have to be hands on otherwise, you will be badly let down sometimes. How does he spend his time?  He says, “60% of my time is spent on MP-related tasks, while the remaining 20% to 25% is spent on business. Rest; I adore sports. Additionally, that takes time “.

Naveen Jindal is a polo enthusiast and has won many competitions. Also, he likes skeet shooting and under his captaincy, the Indian shooting team won a silver medal in the South Asian Federation Games in Pakistan in April, 2004.