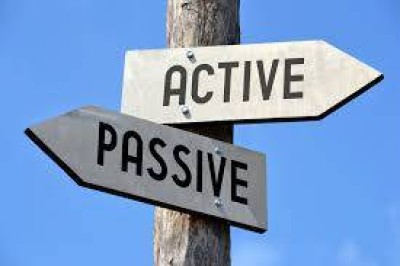 Maybe I hang out with the wrong people, but it seems like just about every financial adviser these days, both locally and overseas, is into low-cost passive funds. That’s a huge change in attitudes from when I first bought Vanguard passive mutual funds in the US for myself and clients back in 1989.

Back then, in New Zealand, advisers were largely commission-based and supported active funds that paid high levels of commission, trailing fees, and lavished salespeople with trips to exotic locations under the guise of providing continuing professional development. One of the key players at the time – certainly in terms of commissions, trailing fees, and other conflicts of interest – was Armstrong Jones, which was voted Fund Manager of the Decade by the recipients of its largesse.

Therefore, it’s pretty obvious that low-cost passive vehicles that didn’t pay any fees or offer free holidays and stressed low costs as the key to a successful savings strategy, were a clear and present threat to the livelihoods of much of New Zealand’s financial planning industry.

Similarly, fund managers saw passive as a menace that needed to be contained, given their own high fees and poor performance relative to benchmarks.

A passive fund with low fees and tracking the index really was the stuff of nightmares. Passive bashing probably peaked locally with the advent of the TeNZ ETF in June 1996 with both fund managers and stockbrokers threatening to boycott the NZX for sponsoring the vehicle.

I dug out a story I wrote for the NZ Herald in 1996 that documented some of the hysterical venting by various conflicted players at the time. Here are a few of the highlights.

The listing of TeNZ was a gutsy move by the NZX, simultaneously upsetting its own shareholders (stockbrokers) and its major institutional customers. But it has ultimately paid off and now Smartshares has $7.7 billion under management, stockbrokers love it and it is producing useful cashflows. If the NZX hadn’t done it, someone else would have sooner or later but it was great to have TeNZ and the Midcap Index fund listed on the NZX back in the 90s.

The argument for active investment management doesn’t get too much airtime.

Despite all that, today’s story will not sing the praises of passive funds but instead make the fundamental case for active investment management – an argument which is obvious but doesn’t get too much airtime.

The rationale is simply this: the stock and bond markets, and indeed every investment market in the world, relies on price discovery to ensure assets are efficiently priced. In turn, that information is used to calculate the cost of capital so that companies can make capex decisions – like, do we buy XYZ company or invest in that new plant?

These are absolutely critical inputs to an efficient economy and someone needs to fund this process. Is it fair that an individual who just owns index funds and therefore doesn’t contribute much or anything to price discovery benefits from the resultant efficient markets? To me, an obvious analogy is an individual who doesn’t own a car but relies on random strangers to take him/her to work, to the beach, or down the road for a coffee.

Thinking about this, the degree of dependence is even more pervasive than that: not only do investors who 100% index not have a car, they also need the person who picks them up to tell them where they are going as well. All things considered, individuals who index 100% are bludging off other market participants, pure and simple.

Of course, index funds are a great idea and yes, they can probably get a lot bigger as a proportion of total investment assets before market efficiency is seriously affected but, even then, someone somewhere has to pay for the vital function of price discovery. It is simply not equitable that these major beneficiaries of price discovery don’t contribute their fair share.

All things considered, individuals who index 100% are bludging off other market participants, pure and simple.’

This bad contract has deteriorated in the past 10 years or so, as costs have become an increasing factor in determining financial adviser competitiveness. Therefore, many advisers who charge a high annual fee to manage retail investor portfolios have determined that the best way to ensure that their own profitability is not affected is to recommend a low-cost, all-passive approach to their clients, thereby keeping clients’ overall fees lower.

There is an obvious dichotomy in this approach from an ESG perspective, as every component of ESG investing relies on efficient investment markets and the economic allocation of capital within an economy. As a consequence, these advisers, while proclaiming their strategies are ESG compliant, are actually undermining everything ESG stands for.

So, that’s quite a change from the late 90s but, then again, it’s possible to detect a consistent overarching theme: financial advisers maximising their profitability and putting their own interests ahead of their clients and society as a whole.

The obvious rebuttal to the argument against 100% passive is: “Why should rational investors buy active funds charging high fees that persistently underperform?”

That’s a good question; one we will address in two weeks’ time.

Brent Sheather is a financial advice provider and a personal finance and investments writer.