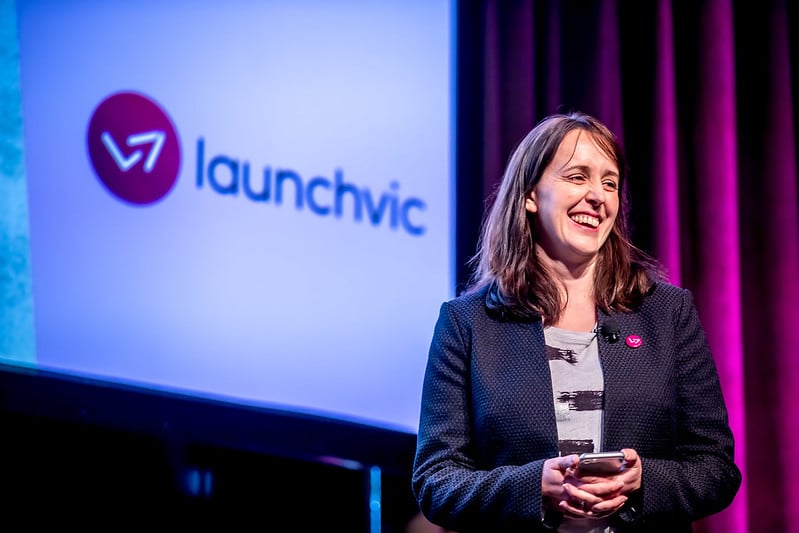 LaunchVic’s Alice Anderson Fund is now a quarter of the way through its ambitious plan to back 60 female-led startups by 2024, just one year after it launched.

LaunchVic CEO Dr Kate Cornick told the Startup Daily show that five more startups are being backed by the fund, but have yet to be announced. That takes the total to 16, a quarter of the overall number it’s looking to support.

“Victoria is facing an estimated $100 million annual shortfall in early-stage investment, and this stat disproportionately affects women,” she said.

We’re proud that in the first year of the Alice Anderson fund, we’ve supported 11 women-led startups and unlocked more than $12.5 million of capital. We’re on a mission to close the gender investment gap even further between now and 2024, with a goal to back in close to another 50 women-led startups at their earliest stages, so they have every opportunity to succeed.”

The startups backed by the fund have created more than 120 jobs in the past year, and 75% have gone to women or non-binary people. At the executive level, 19 women have been hired compared to 13 men.

The $10 million Victorian government-backed fund, chaired by Susan Oliver, and named after the founder of Australia’s first all-women motor garage in the 1920s, sees Anderson’s legacy live on in a new generation of ambitious women, Innovation, Medical Research and the Digital Economy minister Jaala Pulford said.

“This Fund is about empowering women as they build their own business communities – so they don’t have to feel like they have to fight for their own place in the startup industry,” she said.

Age Up Health, which provides home care packages to help elderly people stay in their homes, and counts Skalata Ventures among its backers, was also supported by the fund.

The Alice Anderson Fund adds to venture funding backing early-stage startups, with the VCs involved bringing the startup to the fund for an additional $1 for every $3 in venture funding.