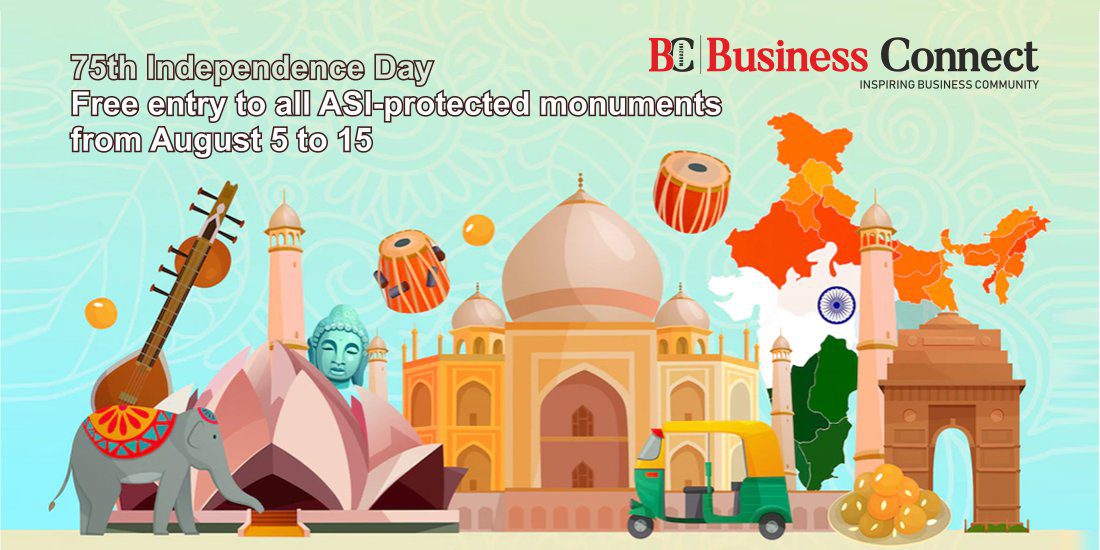 75th Independence Day: Free entry to all ASI-protected monuments from August 5 to 15

Entry to all the monuments protected under the Archaeological Survey of India (ASI) will be free from August 5 to August 15 as part of the ‘Azadi Ka Amrit Mahotsav’ campaign and the 75th Independence Day celebrations of the country. Union Culture and Tourism Minister G Kishan Reddy shared this information. The ASI said that no entry fee will be charged from any visitor, foreign or domestic.

All ASI museums will also be free to all visitors. Over 3,500 monuments are protected by the ASI across India. Taking to social media, Reddy shared an ASI statement which stated that no fee will be charged at any ticketed centrally protected monuments as well as archaeological site museums from August 5 to August 15 as part of the celebrations.

As part of ‘Azadi ka #AmritMahotsav‘ and 75th I-Day celebrations, @ASIGoI has made Entry Free for the visitors/tourists to all its protected monuments/sites across the country,
from 5th -15th August, 2022 pic.twitter.com/NFuTDdCBVw

This is being done as part of Azadi Ka Amrit Mahotsav celebrations to commemorate 75 years of India’s independence. For the 75th anniversary of Independence, many events, including a cleanliness campaign and exhibitions, have been planned in Agra, the city that is home to the Taj Mahal.

Exhibition will also be organized at Agra Fort, Taj Mahal and Guru Ka Tal in Sikandra. Apart from this, two 50 feet high tricolors will be installed at Agra Fort and Fatehpur Sikri by August 15. ‘Azadi Ka Amrit Mahotsav’ is an initiative launched by the Government of India to celebrate 75 years of independence and the glorious history of its people, culture, and achievements. The official journey of Azadi Ka Amrit Mahotsav began on March 12, 2021, and will end a year later on August 15, 2023.