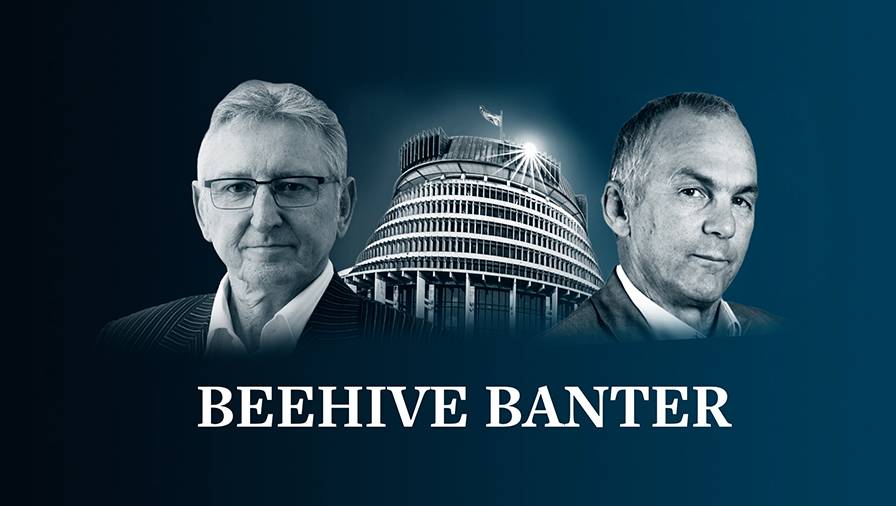 When Parliament resumes this week Finance Minister Grant Robertson will face more questions about the state of the economy, after GDP figures last week surprised on the downside.

While most economists expected the economy to have grown during the three months to the end of March, economic activity actually fell 0.2%.

Those more sombre GDP figures came as world stock markets, particularly the US, plunged after the Federal Reserve raised its key interest rate by 75 basis points in an effort to rein in runaway inflation in the US.

New Zealand is not immune. When the world economy sneezes, the New Zealand economy also gets sick.

In response to the less than stellar GDP figures, Robertson blamed global economic trends, saying exports had fallen 14.3% compared with the December quarter. Still on an annual basis the economy grew 5.1%.

And on an annual basis, he pointed out exports were also up 1.9% on a year ago. While Robertson acknowledged the pain people were facing with rising prices, he repeated again that the Government had increased benefits, super payments, student support and Working for Families tax credit, as well as lifting the minimum wage on April 1. The winter energy payment was also available.

That was on top of reducing the fuel tax, halving the cost of public transport and introducing a temporary, targeted payment for those earning under $70,000.

“These results show why it is really important that we have one of the lowest net debt positions in the world, giving us room to support New Zealanders through this global uncertainty.

“Our focus remains on controlling spending and targeting support to where it is needed most,” Robertson said.

NBR presenter Grant Walker is sceptical about that response, saying all we get from the Government is spin. It was starting to look repetitive and sounded like the Government had no answers.

That is likely to be a theme Opposition MPs will pick up this week as they attack the Government’s economic management.

“The Government must front up to the reality of New Zealand’s economic situation, set out a plan to address inflation and drive productivity growth. To date the Government’s only response has been to spend more money to paper over its failures and to dream up new taxes to pay for it,” Willis said.

He took over the role from Poto Williams when Prime Minister Jacinda Ardern reshuffled her Cabinet last Monday. Much of the change was prompted by outgoing minister Kris Faafoi’s decision to quit politics.

But irrespective of Faafoi’s plans, it was clear Ardern wanted to remove Williams from the police portfolio to help ease some of the political pressure on the Government over law and order.

While Ardern described it as a minor reshuffle, many journalists and commentators saw it as a major change in the Cabinet. Does it matter? Not really, but in this case only one minister has actually lost his job and that was his choice.

That, and switching police from Williams to Hipkins, had a cascade effect, though, with about 16 portfolio changes in total. But the only new minister in Cabinet is Priyanca Radhakrishnan, who takes the spot left vacant by Faafoi. Then Kieran McAnulty comes in as a minister outside Cabinet, taking the spot Radhakrishnan vacated.

A major reshuffle would involve two, three or four ministers being sacked from Cabinet and replaced, but that has not happened here.

Meanwhile, Ardern will be counting on Hipkins to be more effective in his handling of Opposition criticism of the Government’s record on law and order and it is likely he will be more assured in his public handling of the portfolio than Williams.

Ardern also announced Trevor Mallard’s resignation as Speaker of the House, although that is not part of the reshuffle, with Mallard due to leave in mid-August to take up a diplomatic post, probably in Ireland.

Walker took great delight, as did one or two NBR commenters, to point out this writer had been wrong in saying last week that Mallard was going nowhere.

Even though both Mallard and Ardern say he had signalled after the last election he did not want to see out the full term of Parliament, it is much more likely that the mistakes he has made as Speaker and the political pressure that has brought to bear on him and the Government, are behind his departure.

Critics, including former MP Peter Dunne, say Mallard does not deserve a diplomatic role, but Ardern defended the appointment by pointing out he would become the third Speaker out of the last five to take up a diplomatic post.

Both Jonathan Hunt and Sir Lockwood Smith had served as High Commissioner to London.

Of late there has been serious concern about China’s push for influence in the region and that was reflected in the two ministers’ joint statement even though China was not mentioned by name.

“The Ministers acknowledged the close cooperation between Australia and New Zealand to support a stable, prosperous and resilient Indo-Pacific region amid sharper global challenges. The Ministers discussed their concerns at growing strategic competition in the Pacific region.”

Later in the statement they said: “Ministers agreed on the need to place the perspectives and priorities of Pacific Island nations at the forefront of both countries’ engagement in the Pacific and called on other development partners to adopt the same approach.”

That surely is a gentle dig at China to play by the same rules as New Zealand and Australia.

Aside from the China conundrum, the meeting did also confirm a shift in Australia’s approach to the region.

It is now taking climate change and its impact on island nations seriously and appears to want to deal with them as equals and friends. That represents both a shift in substance and tone in Australia’s relationship with the Pacific and will likely sit better with New Zealand’s approach.

The two ministers also touched on the sensitive issue of 501 deportees being sent back to New Zealand even when they had spent most of their lives in Australia. The language was neutral, noting the countries’ prime ministers had had positive discussions on these matters but there was no promise that anything would change.

As well, they agreed to maintain the momentum of economic integration as the two countries look ahead to the 40th anniversary of the signing of CER next year.

If some economists are right those celebrations might come just at a time when both economies are struggling the most.